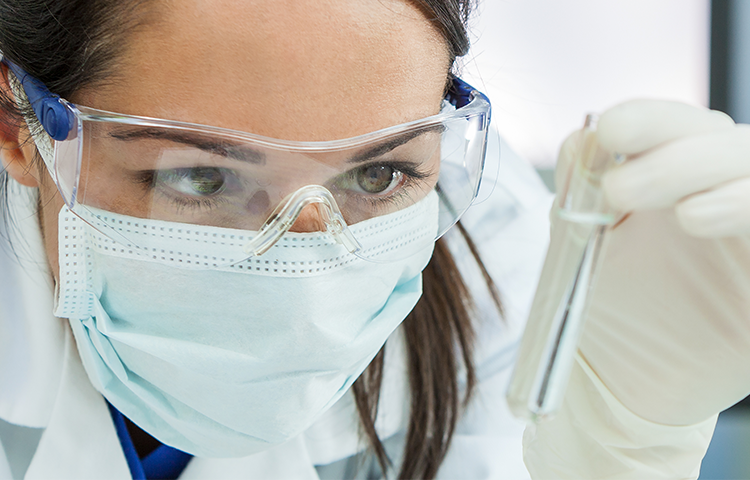 We explore neutrophil biology and activity in the context of cancer with the ultimate goal of developing a novel neutrophil-based cancer-immunotherapies.

Neutrophils are the most abundant population of leukocytes circulating in human blood that play a key role in the first defense against microbial infections. These cells possess unique and subtle mechanisms to fight off pathogens. In the past, neutrophils were largely ignored in the cancer research due to their highly specialized functions in anti-microbial immune responses. Nowadays, these cells are recognized for their extreme versatility with regard to function and as important players influencing tumor development.
Neutrophils play essential role in inflammation-driven tumorigenesis, therefore representing an independent prognostic marker in a broad variety of neoplasias. Depending on the cytokine milieu, tumor infiltrating neutrophils (TANs) appear to have diverse phenotypes i.e. tumor promoting (N2) or tumor-inhibiting (N1). Importantly, alterations in neutrophil activity could be responsible for the changes in the host predisposition for tumor development, since these cells have a capacity to influence tumor angiogenesis, growth and metastasis.

Our research group focuses on the neutrophil-dependent immunoregulatory mechanisms that are responsible for the cancerogenesis in mice and human. We study molecular mechanisms involved in neutrophil polarization, mobilization and activation, but also complex interaction between regulatory myeloid cells during inflammation. Our ultimate aim is to identify effective therapeutic approaches to target tumor- promoting myeloid cell functions.
Moreover, we are interested in overall neutrophil biology, i.e. development, differentiation, activation, migration and responses to various inflammatory stimuli in disease. We analyze the role of multiple cytokines and growth factors in the regulation of emergency myelopoiesis, factors involved in neutrophil homing and the correlation between neutrophil activation and the outcome of disease. Interactions between neutrophils and other myeloid cells are evaluated in cancer, but also during sterile inflammation and infection. 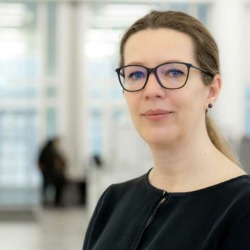 The view on neutrophils is radically changing at the moment. Neutrophils were traditionally considered to be a homogeneous population of terminally differentiated cells with defined roles in inflammation and fighting infections. However, recent advances in neutrophil research challenge this limited view and demonstrate that neutrophils are highly versatile and play different roles in various pathological scenarios. In accordance, the concept of N1 and N2 neutrophils was introduced for tumor situation, similar to the concept of M1 and M2 macrophages. Importantly, N1 and N2 bias of neutrophils can also be found in other diseases. Anti-tumor N1 neutrophils are of pro-inflammatory phenotype and pro-tumor N2 are anti-inflammatory. Therefore, we study the phenotypes of neutrophils not only in tumor situation, but also in other inflammatory diseases.

IFN-b is a member of type I IFN family that consists of several cytokines signaling through a common IFN-α/β receptor (IFNAR). It is known that a hierarchy of induction exists for this cytokine group, where IFN-b is induced first and triggers cascade of other type I IFNs via autocrine and paracrine signaling through IFNAR. IFNs exhibit extensive immunomodulatory functions and strong anti-cancer activities. These unique pleiotropic biological properties have been exploited for treatment of a broad variety of clinical conditions. Importantly, two type I IFNs; IFN-a and IFN-b, have been approved by the Food and Drug Administration for human use.

Many functions of neutrophils are strongly controlled by type I IFNs. In the absence of this cytokines, more TANs are found that support angiogenesis, more neutrophils migrate to the secondary organs to arrange the pre-metastatic niche. Notably, at the same time neutrophil tumor cell killing via ROS and NETs formation seem to be suppressed. Treatment with recombinant IFN restores these functions. Thus, type I IFNs appear to be the part of the natural tumor surveillance mechanism. We investigate new aspects of the IFN regulated cancer surveillance. The influence of this cytokine system on the neutrophil-mediated activation of adaptive immune responses is evaluated in our experimental systems. These studies are performed both, in mice and in human. We test whether type I IFN therapy of tumor patients influences the phenotype of neutrophils and their T cell stimulatory capacities. Moreover, we investigate if clinical outcome is correlating with the activation and interactions between neutrophils and T cells in tumor patients. With this research we will make a major contribution towards understanding the involvement of differently polarized neutrophils in tumor immunosurveillance. This will allow development of the new type I IFN therapy that target neutrophils, changing their pro-tumor function into tumor suppressing.

Neutrophils exhibit a high functional plasticity. They might maintain pro- or anti-inflammatory properties depending on cytokine milieu e.g. type I IFN availability. Thus, alterations in neutrophil differentiation could be responsible for the changes in the host predisposition for tumor development. However, the molecular mechanisms responsible for such differentiation are not clear to date. We observe strong type I interferon-mediated down-regulation of the G-CSF expression. Since G-CSF signaling is essential for the differentiation of neutrophils, we are interested if this growth factor influences also tumor associated neutrophil activation and functions. Therefore, we investigate the molecular mechanisms involved in type I interferon-mediated alteration of G-CSF receptor (CSF3R) signaling pathway and the influence of the regulation of this pathway on the inflammatory and tumorigenic functions of neutrophils. Our long-term aim is to identify intracellular factors/signaling pathways, possibly downstream of CSF3R, that aberrant expression and functions contribute to the tumorigenic transformation of neutrophils. We believe that correction of these factors/signaling pathways, using small molecules, might be used for prevention or treatment of tumors in patients.

One of the developmental hallmarks of a tumor is the induction of angiogenesis i.e. the formation of new blood vessels. Small tumors up to a size of 1-2 mm3 can be supplied with oxygen and nutrients by the surrounding tissue. For larger tumors, this is no longer sufficient. The tumor has to alter its angiogenic phenotype and the so-called angiogenic switch (the induction and assembly of tumor vasculature) has to take place. While in normal angiogenesis pro-angiogenic factors are in balance with inhibitors, pro-angiogenic factors dominate in the growing neoplasia. New blood vessels are formed that supply the tumor with oxygen and nutrients. One of the decisive factors that induce the angiogenic switch is hypoxia that results from the increased tissue mass. Expression of the hypoxia induced factor-1a (HIF-1a) transcription factor is increased under these circumstances and this in turn activates several pro-angiogenic factors, like VEGF, BV8 or cytokines that are involved in the attraction and differentiation of cells responsible for the formation of new blood vessels. We could already demonstrate that neutrophils actively participate in tumor vascularization. They produce several pro-angiogenic factors, like VEGF, MMP9 and Bv8. In addition to secreting pro-angiogenic factors that directly stimulate vascular remodeling, neutrophils have recently been shown to activate endothelial cells via direct cell-to-cell contact. That adhesion-mediated activation of signaling and transcription factors in endothelial cells may promote tumor angiogenesis. Interestingly, functions of neutrophils are strongly regulated by type I interferons, since in the absence of this cytokine, more TANs are found, which produce increased pro-angiogenic factors compared to normal mice. We evaluate the influence of type I interferons on the pro-angiogenic status of neutrophils and neutrophil-dependent stimulation and maturation of endothelial cells in growing tumors.

Exosomes are virus-sized vesicles and belong to an emerging field in cancer research and immunology. As most body cells, tumor and immune cells release exosomes that play a key role in intercellular communication. Exosomes carry various proteins, RNAs and lipids as cargo from their parent cell. This cargo can mediate diverse immune effects and impair anti-cancer immune responses in cancer disease. Recently, it has been shown that exosomes from HNSCC cell lines and patients suppress CD4+, CD8+ T cell and NK immune cell functions and induce regulatory T cells. Our major goal is to examine the interaction of HNSCC tumor-derived exosomes with different types of immune cells, including neutrophils or T cells. This should lead to a better understanding of the exosome-mediated immune modulation during tumorigenesis.

Hereditary Hemorrhagic Telangiectasia (HHT), also known as Rendu-Osler-Weber syndrome, is a rare autosomal dominant genetic disorder that leads to abnormal blood vessel formation. It is characterized by recurrent epistaxis, mucocutaneous telangiectasia, and visceral arteriovenous malformations. It is an inherited genetic disorder caused by mutations in several genes (ENG, ACVRL1, SMAD4, GDF2) in the transforming growth factor-beta (TGF-β) signaling pathway. Importantly, TGF-β is a regulatory cytokine with a pivotal role in regulating immune responses, but also angiogenesis. Perturbations of this signaling pathway are therefore implicated in the pathogenesis of HHT. First symptoms usually occur before adolescence with patients typically presenting epistaxis. Arteriovenous malformations are formed by abnormal vessels connecting arteries and veins. Organ manifestations range from small telangiectatic lesions in the oral or nasal mucosa leading to epistaxis and oral bleedings to arteriovenous malformations affecting the lung, liver and brain.

Besides the obvious vascular symptoms (epistaxis and arteriovenous malformations), patients have an unexplained high risk of severe bacterial infections. There are studies suggesting alterations in immune system in HHT individuals, but until now there is no consensus about the impaired part or the mechanism responsible for it. While some studies point out on the impaired innate immune system, others suggest rather altered adaptive immune responses. Moreover, cells impaired during HHT seem to significantly differ between the studies. For that reason we decided to analyze the cellular composition of the blood from HHT patients and compare it to the healthy control. Our preliminary results suggest changes in both, innate and adaptive immune system. Therefore, we focus our studies on the alterations of both arms of the immune system. We analyze changes in the activation and functionality of various immune cells, including neutrophils, monocytes, T cells and NK cells in HHT patient cohort. Moreover, different experimental in vitro and in vivo mouse models mimicking HHT are analyzed during bacterial infections or tumorigenesis.

(Project in cooperation with AG Droege) 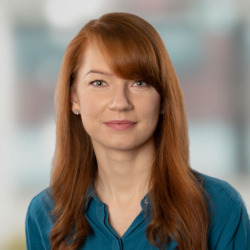 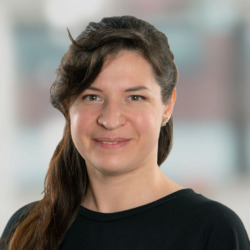 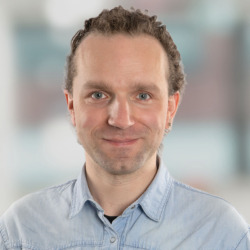 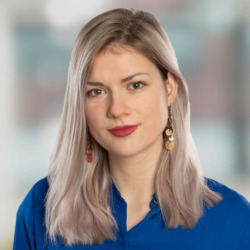 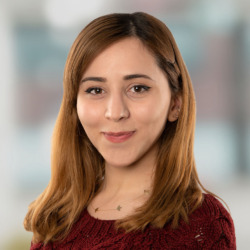 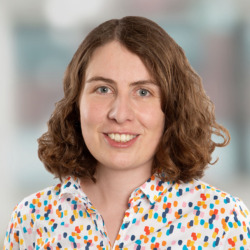 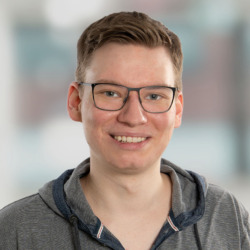 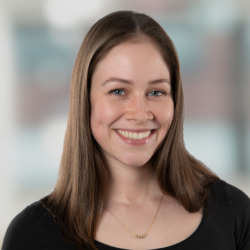 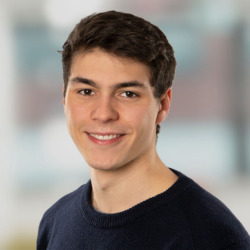